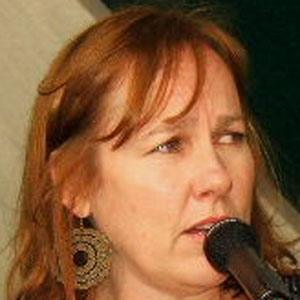 Folk and country musician whose music probed such topics as religion, small-town America, and the perils of politics.

She once was a waitress. Her first album, 1992's Infamous Angel, featured Let the Mystery Be, one of her most-covered songs.

She was nominated for a Grammy Award for Best Contemporary Folk Album for her second album, My Life, from 1994, which was dedicated to her late father.

She was born the youngest child of Pat DeMent and Flora Mae, his second wife. Her Pentecostal upbringing rooted her musical tastes in country, folk, and gospel.

She performed with John Prine on In Spite of Ourselves, his album from 1999 on which he sang four duets with her.

Iris Dement Is A Member Of