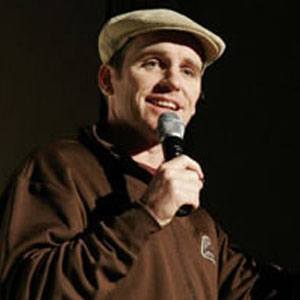 An American comedian and television host known for hosting the MTV series Idiot Savants. His was also a regular commentator on Vh1's Best Week Ever and the "I Love The..." series.

He started doing standup when he was in college; he matriculated from Boston University.

He won four daytime Emmys for his work on The Ellen DeGeneres Show and went on to make his own podcast: The Greg Fitzsimmons Show.

He married Erin Fitzsimmons in 1999.

He has made appearances on The Tonight Show with Jay Leno and on The Howard Stern Show.

Greg Fitzsimmons Is A Member Of