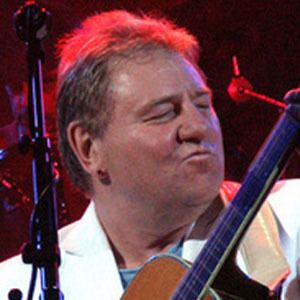 Singer and bassist for the rock band King Crimson. He later performed as a vocalist, bassist, and guitarist with Emerson, Lake & Palmer.

He released his debut single "I Believe in Father Christmas" in 1975.

His marriage to Regina Lake produced a daughter.

He once collaborated with legendary singer and songwriter Bob Dylan.

Greg Lake Is A Member Of