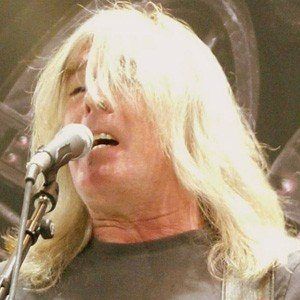 Hard rock bassist and vocalist who performed with AC/DC, the group known for "T.N.T.," "Back in Black," and "Dirty Deeds Done Dirt Cheap."

At the age of thirteen, he played bass in his first band.

He was inducted into the Rock and Roll Hall of Fame in 2003.

He married Georganne Williams in 1990. The couple raised two children: Erin and Luke.

He and Brian Johnson were both members of AC/DC.

Cliff Williams Is A Member Of