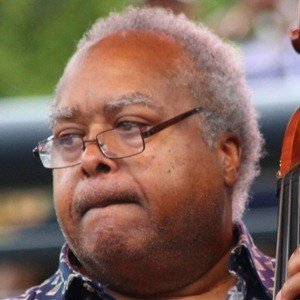 Jazz bassist who is known as a sideman on hundreds of albums. He has released albums as a bandleader like Susanita and Excursion.

He earned his M.B.A. from Stanford University.

He is co-leader of The Drummonds with Billy Drummond, who despite his last name, is of no relation.

He has a daughter named Maya.

He has worked with a wide range of artists, including saxophonist John Zorn on the album Voodoo.

Ray Drummond Is A Member Of