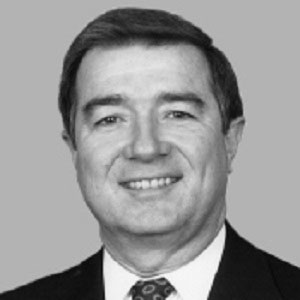 From 1989 until 1997, this Democrat-turned- Republican Party politician served Texas' fourteenth district in the United States House of Representatives. He also held office as Assistant District Attorney of Houston, Texas.

After attending Texas A&M University, he briefly joined the United States Army before launching his career as an attorney and politician.

He secured a seat in the House Ways and Means Committee by transferring his allegiance from the Democratic to the Republican Party.

He was raised in Bay City and West Columbia, Texas.

He and fellow Republican politician Sean Parnell both practiced at the Washington, D.C. law office of Patton Boggs.

Greg Laughlin Is A Member Of