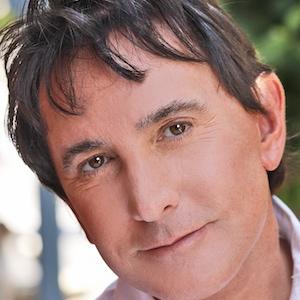 Comedian, impressionist, and singer who began performing on the famous Las Vegas Strip in 2010. In 2011 he won Best Show of Nevada in the Nevada Magazine readers poll.

He taught himself how to play many instruments and attended several colleges before he learned to act at San Francisco Dramatic Arts.

He became a famous singer thanks to his version of "Have Yourself a Merry Little Christmas."

He married his girlfriend Monika and together they had a daughter named Jessika.

He starred in the musical Anything Goes alongside Broadway legend Chita Rivera.

Greg London Is A Member Of