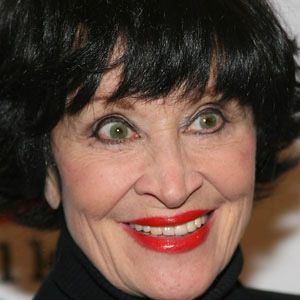 Acclaimed musical theater actress, dancer, and singer who starred in such Broadway musicals as Sweet Charity, West Side Story, The Rink, and Chicago.

She began training as a ballet dancer when she was eleven years old. Her early Broadway credits include roles in Guys and Dolls and Call Me Madam.

She was the first Hispanic woman to be chosen as a Kennedy Center Honors recipient.

She was born in Washington, D.C. to a family of Puerto Rican, Scottish, and Italian descent. Her father, Pedro Julio Figueroa del Rivero, was once a member of the United States Navy Band.

She and fellow Latina performer Rita Moreno both played the role of Anita in West Side Story. Rivera starred in the Broadway production of the musical, while Moreno played the role in the film version.

Chita Rivera Is A Member Of