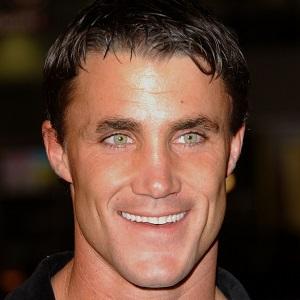 Remembered as a host of the Bravo program Work Out, this fitness trainer and model is also famous for his MFT28 workout regimen; his cover and editorial shoots for Men's Fitness and Maxim; and his modeling work for Calvin Klein and Old Navy.

Before becoming a fashion model and fitness expert, he graduated from the United States Military Academy and served for half a decade in the U.S. Army's 75th Ranger Regiment.

Tragically, when he was just thirty-seven years old, he was struck and killed by a train.

He and his sister grew up in Lutherville and Baltimore, Maryland, as the children of a realtor and an interior designer. He later settled in Los Angeles, California.

He and Jackie Warner were both hosts of Bravo's Work Out.

Greg Plitt Is A Member Of