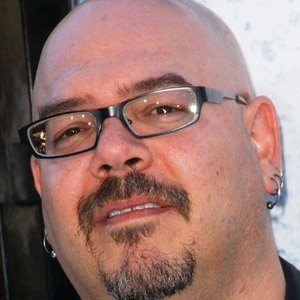 A famous comic book writer and novelist, he is best known for his Batwoman, Gotham Central, and No Man's Land comics. As a novelist, he is recognized for his Atticus Kodiak books.

He majored in English at Vassar College and subsequently received a Master's degree in professional writing from the University of Southern California. He held a number of odd jobs, including EMT and security guard, before becoming a successful author.

He was included as a character in the CSI: Crime Scene Investigation comic book.

He married Jennifer Van Meter. He and Van Meter settled in Oregon with their two children.

Greg Rucka Is A Member Of