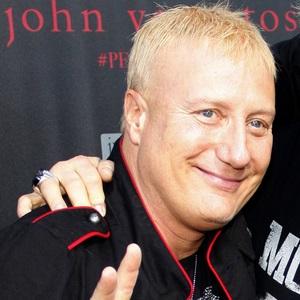 Session and touring drummer who has performed with a variety of well-known artists ranging from Steve Vai to James Taylor. He has also performed on the soundtracks for a number of films, including A Mighty Wind and The Devil Wears Prada.

He majored in Music Education at the University of North Texas.

He is a highly-respected drum teacher who has released educational DVD's like 2005's Musical Drumming In Different Styles.

His brother is Matt Bissonette, who has performed with bands like Electric Light Orchestra.

He embarked on a tour with former Beatle Ringo Starr in 2014.

Gregg Bissonette Is A Member Of