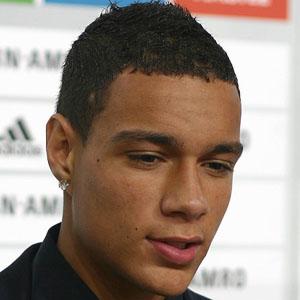 Right back who played professionally for Ajax from 2007 to 2012 and was the Dutch Young Player of the Year in 2009-2010. He also played for Paris Saint-Germain and Fenerbahce before going to Cagliari in 2017.

He joined the Netherlands national team in 2009.

He was born in Amsterdam, Netherlands. He and his model girlfriend Rose Bertram welcomed a daughter named Naleya Rose van der Wiel in February 2018.

Defender Toby Alderweireld was his teammate on Ajax.

Gregory van der Wiel Is A Member Of