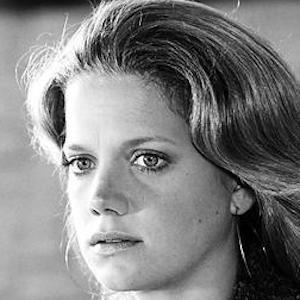 American actress who became famous for her role on the 1970s television series The Rockford Files.

She studied drama at Carnegie Mellon University and began her professional acting career at the Oregon Shakespeare Festival.

Her Broadway credits include After the Rain with Alec McCowen, Forty Carats with Julie Harris, and Iphigeneia at Aulis with Irene Papas.

She and her partner, Robin Gammell, had a daughter, Winslow Corbett, who also became an actress.

Her Rockford Files character, Beth Davenport, was a lawyer and occasional lover of the series' main character, Jim Rockford, who was played by actor James Garner.

Gretchen Corbett Is A Member Of