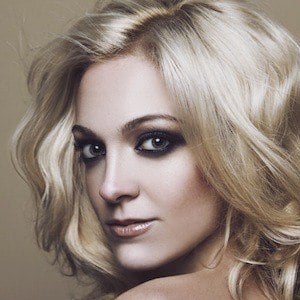 After holding a variety of stage roles in Australian theatre productions of Wicked and Mamma Mia!, she is best known for playing Sandy in the Australian production of Grease from 2013 to 2015. She released her solo album featuring various covers of popular songs titled Hopelessly Devoted in 2014.

Her parents first enrolled her in dancing and singing lessons when she was 4 years old. When she was 15 years old, she moved to Sydney in order to attend the Newtown High School of the Performing Arts, where she had received a full scholarship for ballet dancing.

At a Kristin Chenoweth concert in 2013, Kristin totally unexpectedly asked her to join her on stage to sing Elphaba's part in the Wicked song "For Good." In 2015, she was cast as Kathy Selden in Australia's stage production version of Singin' In The Rain.

She grew up in central Queensland with five brothers.

She was the Sandy to pop star Rob Mills' Danny Zuko in the stage production of Greece that launched her into stardom.

Gretel Scarlett Is A Member Of