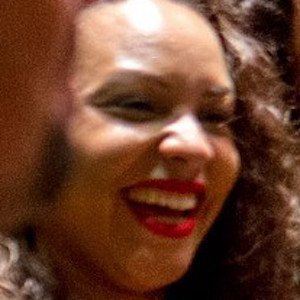 Television and stage actress who rocketed to fame starring as Maria Reynolds and Margarita "Peggy" Schuyler Van Rensselaer in the award winning musical Hamilton. She also starred in the 2018 film Blindspotting.

She began climbing the entertainment ladder starring in the 2013 independent film Titus alongside her father Ron Cephas Jones.

She has earned small guest appearances on television shows like Blue Bloods and Unforgettable. She won an Emmy for an episode of #FreeRayshawn for which she had less than 30 seconds of screen time.

She is the daughter of film and stage actor Ron Cephas Jones and English jazz singer Kim Lesley. She began a relationship with Hamilton co-star Anthony Ramos in 2015. They announced their engagement in January 2019. The couple later broke up in November 2021.

She shared the stage with renowned musical actor Jonathan Groff in the original Broadway cast of Hamilton.