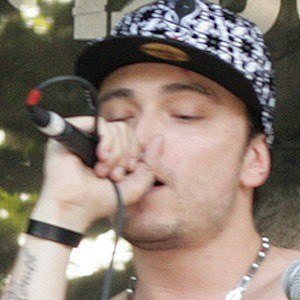 Rapper well known as a member of the groups Club Dogo and Dogo Gang. He has released more than half a dozen albums with the the collectives and, in 2011, he released his debut solo album Il Ragazzo D'oro.

He began his musical career in 1997 when he and Jake La Furia formed Sacre Scuole which later became known as Club Dogo.

He has performed at events like the Coca-Cola Summer Festival.

He was born Cosimo Fini to Marco and Michela Fini in Milan, Italy.

He has performed numerous collaborations with fellow rapper Emis Killa on songs like "Capo Status" and "Ognuno Per Sé."

Gue Pequeno Is A Member Of