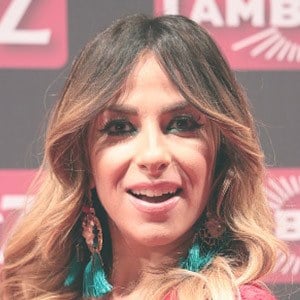 Television personality most famous for having been a VJ on the German music television channel VIVA, where she has hosted shows like the karaoke program Shibuya. She is also a singer who has found chart success with songs like "Moonlight" and "Aya Benzer."

She graduated from a college in Lübeck, Germany before beginning a career in economics. It was during this time that she was recruited by VIVA.

She has done a variety of charity work, lending her support to organizations like UNICEF.

She married Sebastian Kamps in 2007.

She collaborated with Mustafa Sandal on "Moonlight" and "Aya Benzer."

Gulcan Kamps Is A Member Of