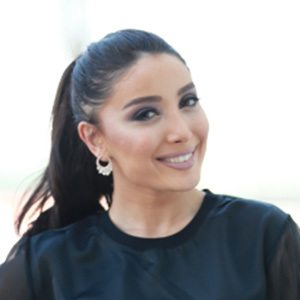 Azerbaijani singer who is known for her hit singles "There is Someone There", "Thanks to Baku", and "Remember Me". She is also known for being the host of several programs on Leader TV and Space TV.

She entered the Music College of Asaf Zeynally in 2006 where she trained in piano. She gained attention in 2007 when she starred in the New Star song competition. In 2010, she attended the Azerbaijan State University of Culture and Arts where she graduated in 2014.

She is also known for her acting and is recognized for having starred as the lead in the melodrama series Just Love.

While she was born in Azerbaijan, she moved to Baku with her family at the age of two where she was raised.

She shared a photo with rapper Miri Yusif to her Instagram in November of 2018.

Gunay Ibrahimli Is A Member Of