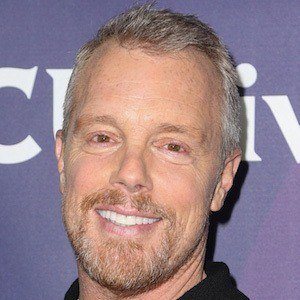 Celebrity fitness trainer who rose to fame as the Kardashian clan's go-to trainer. He founded the DVD fitness system Core Secrets as well as the Best Ever Hollywood Workout DVD. He has made regular appearances on networks such as CNN, Extra, E! as well as publications such as Allure, Elle, In Style, Men's Health and Women's Health, among others.

He graduated from Duke University and is certified by the National Strength and Conditioning Association.

He created his own exercise machine called The Bottom LineC.

He has four children with his wife and is based in Los Angeles, California.

He has been training with Kim Kardashian since she was 19.

Gunnar Peterson Is A Member Of