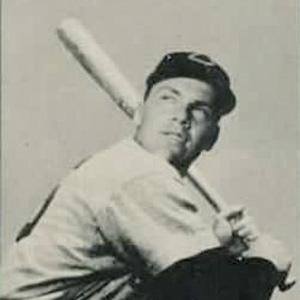 Four-time All-Star who who was inducted into the Cincinnati Reds Hall of Fame in 1964.

He was born and raised in Louisville, Kentucky and starred at Bishop Benedict Joseph Flaget High School as a catcher.

He was the starting right fielder for the New York Mets in the first game they ever played in 1962.

His son Buddy and grandsons David and Mike all followed him into baseball with successful major league careers of their own.

He played for several years alongside right fielder and Hall of Famer Frank Robinson.

Gus Bell Is A Member Of