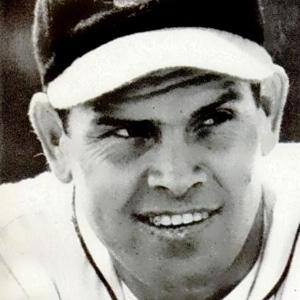 Hall of Fame pitcher who spent the bulk of his career with the Philadelphia Phillies and was known for his incredible endurance. He was selected to 7 All-Star games and he won 286 games over the course of his 19-year MLB career. He played on 4 teams throughout his professional career.

After coming back from WWII, he began playing basketball at Michigan State University.

He once pitched twenty-eight complete games in a row during his MLB career. The last team he played on was the Chicago Cubs in 1966.

He became the Phillies' first twenty-game-winner after Grover Cleveland Alexander did it thirty years earlier.

Robin Roberts Is A Member Of