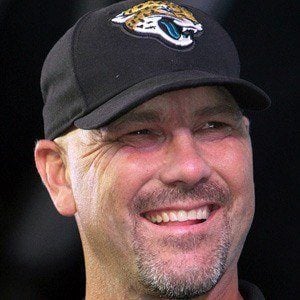 NFL coach who became the head coach of the Jacksonville Jaguars in 2013.

He first broke into the NFL as a linebackers coach for the Tampa Bay Buccaneers in 2006.

He played safety and punter for North Dakota State University from 1984-1988.

He has four children with his wife Michaela.

He served as Defensive Coordinator for the Seattle Seahawks under Head Coach Pete Carroll from 2010 to 2012.

Gus Bradley Is A Member Of