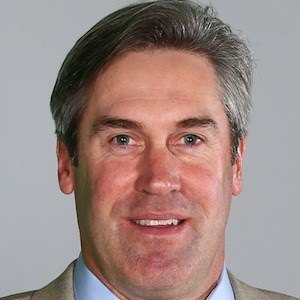 Football coach and former quarterback who was named head coach of the Philadelphia Eagles in 2016. He helped lead the Eagles to the franchise's first ever Super Bowl title with a victory in Super Bowl LII in 2018.

He attended Ferndale High School, where he was All-State in football, baseball and basketball. He won a Super Bowl ring as a backup for the Green Bay Packers in Super Bowl XXXI.

He served as the offensive coordinator for the Kansas City Chiefs from 2013 to 2015.

His son Drew has played quarterback at Samford University.

Doug Pederson Is A Member Of