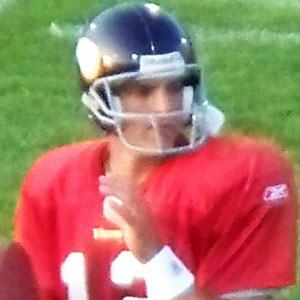 Former NFL quarterback whose career spanned from 1994 to 2008.

He played quarterback and punter at the University of Tulsa.

He played for 7 different teams in his 15 year career.

He has a daughter, Abigaile, and two sons, Gunnar and Gabriel, with his wife Ann.

He played with star wide receiver Randy Moss on the Minnesota Vikings from 2003 to 2004.

Gus Frerotte Is A Member Of