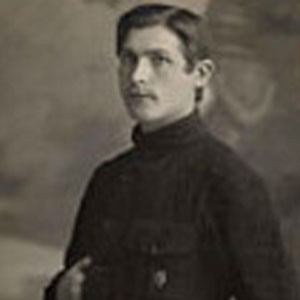 Pioneering photographer and member of the Constructivist avant-garde in the early 20th century.

He was drafted into the Russia Army and served as a Latvian rifleman.

He is best known for his Soviet revolutionary and Stalinist propaganda.

His wife and collaborator was Valentina Kulagina.

Despite his loyalty to the party, he was executed by Joseph Stalin.

Gustav Klutsis Is A Member Of