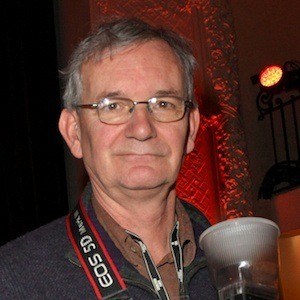 Documentary photographer who is known for capturing the social classes of England and showcasing the wealth of the western world. In 2014, he created the The Martin Parr Foundation where he showcased a majority of his work.

He studied photography at Manchester Polytechnic.

He was elected as president of Magnum Photos International in 2014.

He has a daughter named Ellen Parr.

He has done editorial fashion photography for Paul Smith and Louis Vuitton.

Martin Parr Is A Member Of