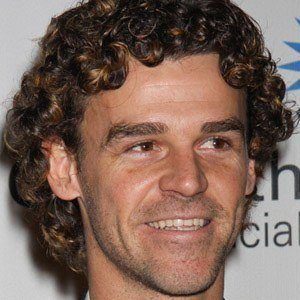 Former Brazilian World No. 1 tennis player who became the only player to beat Andre Agassi and Pete Sampras during the same major tournament.

He started playing tennis at the age of six.

He was incredibly talented as a young tennis player and played in age groups older than his own.

He married Mariana Soncini. He has two children named Luis and Maria.

In 2004, he became the only person to defeat Roger Federer at a Grand Slam event.

Gustavo Kuerten Is A Member Of