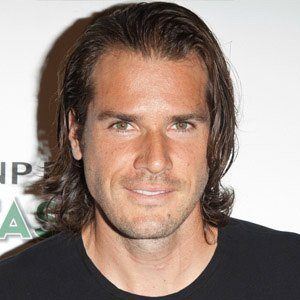 German tennis pro who became a silver medalist in the 2000 Olympics.

He was using a wooden plank and ball to play his unique, toddler version of tennis at age two.

He became known as 'TommyHaas13' on Twitter, where he described himself as 'Father and still tennis player :).'

He was born to Brigitte and Peter Haas and grew up with two sisters, Sabine and Karin.

Tommy Haas Is A Member Of