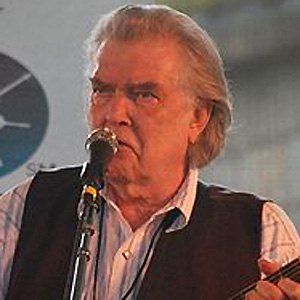 Country and folk musician known for Desperados Waiting for a Train. He pioneered the progressive country and outlaw country genres.

He once worked in a guitar shop. He was a skilled luthier who made his own guitars.

He received the Americana Music Association's Lifetime Achievement Award for Songwriting in 2005. His songs were covered by such artists as Johnny Cash, Kenny Chesney, and John Denver.

He married wife Susanna in 1972. They remained married until her death in 2012.

Guy Clark Is A Member Of