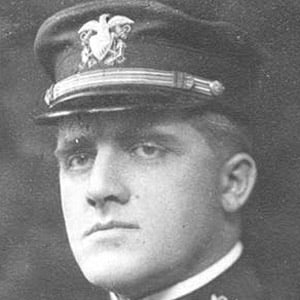 Navy officer who was awarded the Medal of Honor for his heroism during the U.S. occupation of Veracruz, Mexico.

He served on board the gunboat USS Vicksburg during the Russo-Japanese War and later commanded the submarine USS Plunger.

He led the 1914 assault and takeover of the customs house at Veracruz.

He was born in Portage, Wisconsin.

He and fellow Navy officer, Oscar C. Badger II, were both awarded the Medal of Honor for their heroism at Veracruz.

Guy W.S. Castle Is A Member Of