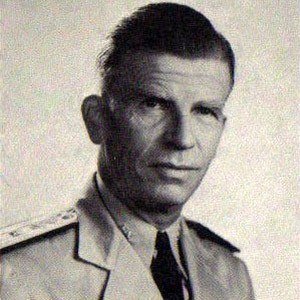 U.S. Navy officer who served in both World Wars and earned the Medal of Honor after the 1914 Battle of Veracruz, Mexico.

He belonged to a group of 500 marines who waded ashore in Mexico to force out General Victoriano Huerta.

He served in World War I with a destroyer force in Europe. In World War II, he commanded the battleship USS North Carolina before rising to the rank of Assistant Chief of Naval Operations.

He was born in Washington, D.C., and his father, Charles J. Badger, was also an admiral.

Aubrey Fitch was another Navy admiral who commanded fleets during World War II.

Oscar C. Badger Is A Member Of