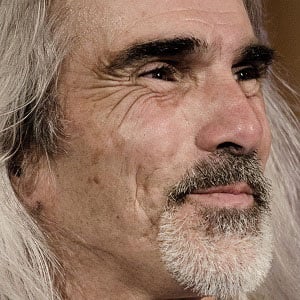 Internationally-acclaimed southern gospel singer who performed with the Gaither Vocal Band from 1994-2008. His solo albums, released between 2005 and 2012, include Breathe Deep and Hymns.

After graduating from Virginia's Liberty University, he began his career as a backup singer for Amy Grant, Garth Brooks, and other well-known recording artists.

His Gaither Vocal Band albums include God Is Good, Give It Away, and I Do Believe.

Born in Texas, he later settled in Tennessee with his wife Angie and his seven sons and one daughter.

He performed for the dedication of the six-thousand-seat Virginia church of conservative evangelist Jerry Falwell.

Guy Penrod Is A Member Of