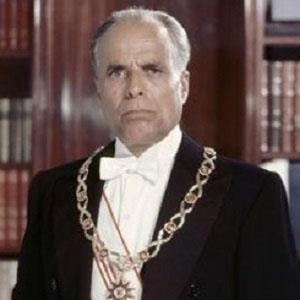 After briefly serving as both Minister of Foreign Affairs and Prime Minister of the Kingdom of Tunisia, this Neo Destour (New Constitutional Liberal Party) founder-turned Socialist Party politician took office as the Republic of Tunisia's first President, a position he held from 1959 until 1987.

Before beginning his political career, he studied law at Paris' Sorbonne.

During his lengthy presidency, Bourguiba brought about significant reforms in the areas of education, healthcare, and women's rights.

Habib Bourguiba Is A Member Of