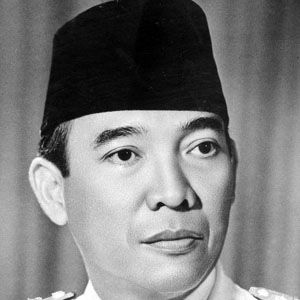 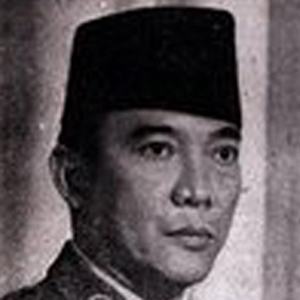 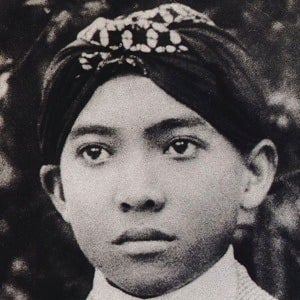 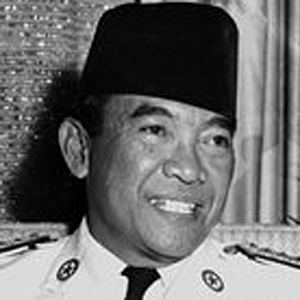 During the late 1920s, this Indonesian political revolutionary led his country's fight for freedom from Dutch rule. From 1945 until 1967, he held office as Indonesia's first president.

He earned an engineering degree from the Bandoeng Institute of Technology.

He was one of the founders of the Indonesian National Party.

He was born to a wealthy Indonesian father (Raden Soekemi Sosrodihardjo) and a Balinese mother (Ida Ayu Nyoman Rai). His nine marriages produced a total of nine children; his most famous wives included Fatmawati and Dewi Sukarno.

He was removed from power in 1967, and Suharto took over as president.

Sukarno Is A Member Of