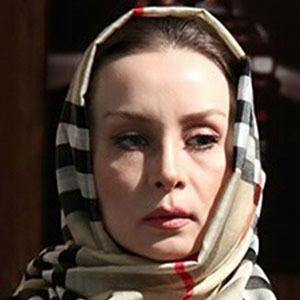 Iranian actress who is known for her diverse roles in film and TV. She is known for having played Fouzie in the series Mo'ammaye shah in 2015 and the titular character in the 2001 film Ghazal.

She first started acting when she was a child. At the age of twelve, she started training and went on to debut in a production of the play Golhaye Doosti. She then made the transition into feature films in 1999 when she starred in Dasthaye Aloode.

She is also a style icon throughout Iran and shares modeling shots and photos in unique outfits through her Instagram for her over 370,000 followers.

She was born and raised in Shiraz, Iran and married fellow actor Rambod Shekarabi in 2010.

She starred alongside Mahnaz Afshar and Mohammad Reza Golzar in the 2004 feature film Coma.

Hadis Fooladvand Is A Member Of