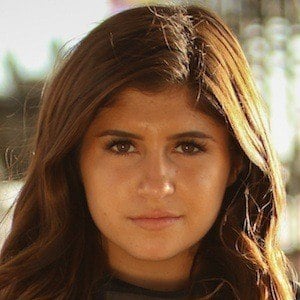 Stock car racer who picked up a Regional Championship title at the age of 15 in 2016. Later that same year, she saw seven regional podium finishes and five mod class national series podium finishes in the LOORRS series. In 2017, she was the only girl named to the nine-member NASCAR Next program.

She started racing at the age of 8 and competed in the Lucas Oil Off Road Racing Series by age 13.

In September 2018, she became the first woman to win a K&N NASCAR Pro Series race.

She is the daughter of famed off road racer Brian Deegan and Marissa Deegan. She grew up alongside her siblings named Haiden and Hudson. He appears on the family YouTube channel The Deegan's.

In 2020, she tweeted that she wanted to get her helmet signed by Donald Trump.

Hailie Deegan Is A Member Of