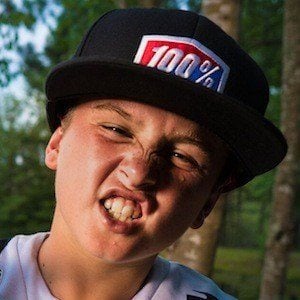 Motocross prodigy who rose to fame as the son of freestyle racer Brian Deegan. He has several accolades as well, including winning the Loretta Lynn Championship in 2017.

He started competing at the age of six in 2011.

Like his father, he has become a motocross rider and is known by the nickname "DangerBoy Deegan."

His mother's name is Marissa. He has an older sister named Hailie and a younger brother named Hudson. He appears on the family YouTube channel The Deegan's.

Through his famous father, he has met and posted photos to Instagram with popular motocross riders like Tony Cairoli.

Haiden Deegan Is A Member Of