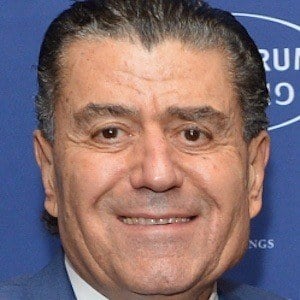 Investor and producer who rose to fame first as a music producer and then for his television company Saban Entertainment which produced the X-Men and Power Rangers.

He began his career as the manager and bass player for The Lions of Judah in 1966. By the 1970s he'd moved to France and begun his own record company with Shuki Levy.

He spearheaded the sale of Fox Family Network (to later become ABC Family) with Rupert Murdoch to the Walt Disney Company in 2001, which became the largest cash transaction conducted by a single individual in Hollywood history.

He was born to a Jewish family in Alexandria, Egypt and later moved to Israel. He married Cheryl Lynn Flor and the pair had two children. He also has two stepchildren named Tifany and Heidi Lenhart.

One of his clients in his early years of music production is singer Mike Brant.

Haim Saban Is A Member Of