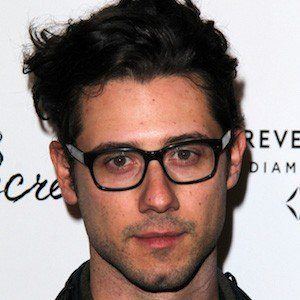 Actor known for his roles as Eliot Waugh on The Magicians and Zach on Smash. His film roles include Teeth and Private Romeo.

He attended Carnegie Mellon University, where he studied drama. He made his film debut in 2006.

He's also an accomplished stage actor, once having played the role of Jesus in a production of Passion Play.

He grew up in New York City and attended LaGuardia High School. His parents are Richard Appleton and Ara Fitzgerald.

He stars alongside Jason Ralph on The Magicians.

Hale Appleman Is A Member Of