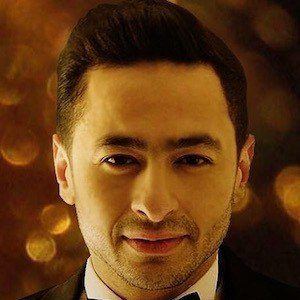 Egyptian singer who rose to prominence in the late 1990s with his first album, El-Ayam, in 1996.

He began singing when he was just five years old, recording his voice on cassette tapes.

He has acted in several films, making his first appearance in the 2005 film Lover Boys.

He was raised in a family of seven children.

He hails from the same country as fellow singer Tamer Hosny.

Hamada Helal Is A Member Of