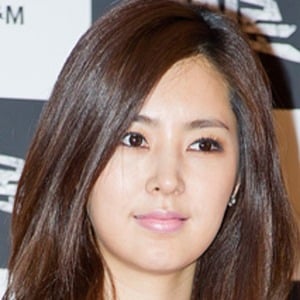 Movie and TV actress who played Yoon Yi-on in Hero and Ueno Rie/Lara/Chae Hong-joo in Bridal Mask in 2012. She has over 220,000 followers on her chaea_han Instagram account.

Her first on-screen appearance was in Son Ho-young's music video for "Love Brings Separation" in 2006.

She played Na Jeong-an in Part-Time Spy in 2017. She won Best New Star at the 18th SBS Drama Awards in 2010 for Definitely Neighbors.

Her father is Kim Sung-yong.

She acted alongside Jang Hyuk in The Merchant: Gaekju 2015.

Han Chae-ah Is A Member Of