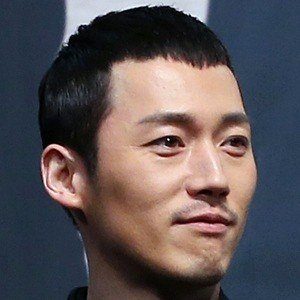 Film and television star known for his leading roles in the films Volcano High and Windstruck and for the television series Fated to Love You, The Slave Hunters, and Shine or Go Crazy.

Born Jung Yong-joon, he began his acting career in 1997 appearing in the television drama Model under his now stage name Jang Hyuk.

In 2013, he published a book of personal essays called Jang Hyuk, Hot-Blooded Man.

He married Kim Yeo-jin in 2008 and the pair have two sons and one daughter.

His close friend, singer Kim Jong-kook, was a participant in his wedding ceremony in 2008.

Jang Hyuk Is A Member Of