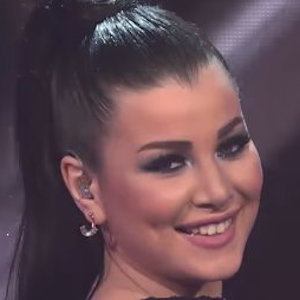 Moroccan singer and actress known for her appearance on season 11 of Star Academy Arab World, where she made an improbable run to the semifinals. She was cast in her first acting role in 2016, earning a part in the show SamarKand.

She burst onto the scene in 2015 during her first performance on Star Academy, singing Farid al-Atrash's "Ya Gamil."

Since her introduction to fame, she's developed a significant social media following, with more than 220,000 Twitter followers.

She grew up in the northern Moroccan city of Nador.

Hanane El Khader Is A Member Of