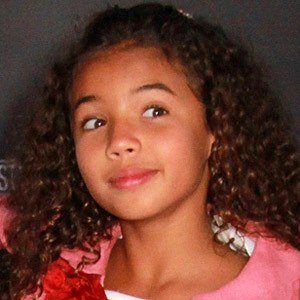 Widely known as the eldest child of movie star Vin Diesel and his long-time partner Paloma Jimenez. She was born in 2008, and has since appeared alongside her father at various red carpet events, including at the 2017 world premiere for Guardians of the Galaxy, Vol. 2.

Her father gained widespread renown for appearing as Private Caparzo in Saving Private Ryan (1998.) He has gone on to rise to international acclaim for starring in the Fast & Furious film franchise as Dominic Toretto.

In March 2015, she was featured in an E! Online article about her judo training with MMA champion Ronda Rousey.

She has two younger siblings named Vincent and Pauline.

Her younger sister Pauline was named after her father's longtime friend Paul Walker, who tragically passed away in 2013.

Hania Riley Sinclair Is A Member Of