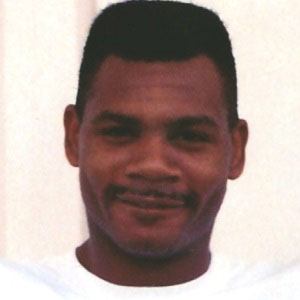 Loyola Marymount University basketball star who passed away from hypertrophic cardiomyopathy after collapsing during a WCC tournament semifinal game at the age of 23. He is considered one of the best players in school history, having been named WCC Tournament MVP twice and winning the WCC Player of the Year award in 1989.

He played high school basketball at Dobbins Technical High School in Philadelphia. He began his college career with the USC Trojans before transferring to Loyola Marymount in 1985.

His life was dramatized in the 1992 television movie Final Shot: The Hank Gathers Story, where he was portrayed by actor Victor Love.

He had a son named Aaron.

He collapsed just a few feet away from future NBA Championship-winning head coach Erik Spoelstra, who was playing guard for the opposing Portland Pilots.

Hank Gathers Is A Member Of