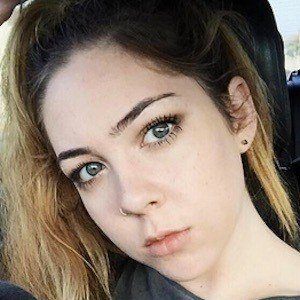 YouTube vlogger who is known for her eponymous channel. She is particularly known for her regular vlog entries that detail her personal life.

Since its beginning, her channel has garnered more than 6,000 subscribers. One of her most popular videos, "THE GIRLFRIEND TAG," has accumulated more than 10,000 total views since its June 22, 2015.

She collaborated with her fellow YouTuber and friend Amy Ordman on "THE GIRLFRIEND TAG" video.

Hannah Gogan Is A Member Of