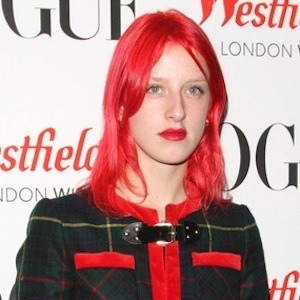 Model who has walked in shows for many of the biggest names in the fashion world, including Betty Jackson, Marc Jacobs and Louis Vuitton. She has been included in advertising campaigns for Burberry, Miu Miu, H&M and more.

She grew up in the small town of Leamington, Utah and was discovered by a talent scout at a shopping mall at age 15.

She has been featured on the cover of magazines like French Revue de Modes, Black and Elle Portugal.

She is the youngest of four children.

She walked for Jeremy Scott in the designer's spring/summer 2011 show.

Hannah Holman Is A Member Of