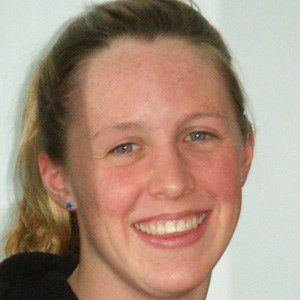 British individual medley swimmer who represented Great Britain at the 2008 and 2012 Summer Olympics. In 2014, she won two medals at the Commonwealth Games in Glasgow. She was later hired by Kellogg's as the face of their Free Swim Kids campaign.

She placed at her first major competition with a silver medal finish at the 2005 European Junior Championships.

She has two younger brothers named Alastair and Joseph.

She competed in the 400m medley at the 2012 London Olympics, which is also true for American swimmer Ryan Lochte.

Hannah Miley Is A Member Of