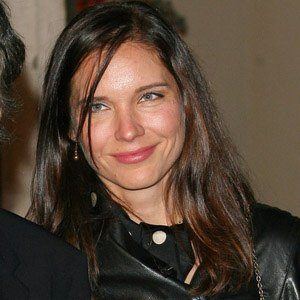 Best known as the sister of screen actor Elijah Wood, she made brief appearances in several of her brother's films, including The Bumblebee Flies Anyway and The Lord of the Rings: The Two Towers.

One of her first screen appearances was in the 1992 Columbia Pictures film Radio Flyer.

A native of Cedar Rapids, Iowa, she was the only daughter born to Warren and Debbie Wood. She grew up with two older brothers: Zach and Elijah.

She appeared in two, 2002 episodes of Ozzy Osbourne's reality television series, The Osbournes.

Hannah Blessing Wood Is A Member Of