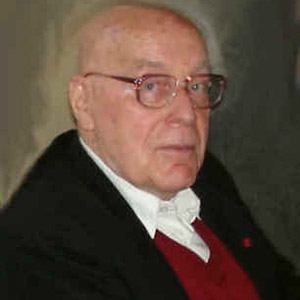 Critical rationalist and philosopher best known for his research on Social Sciences and the General Studies of Methods.

He was recognized as a well-known philosopher for his published opinions on the Positivism Dispute even before he started his educational career.

He obtained the Austrian Cross of Honour for Science and Art, 1st class, in 1994.

He had four children with wife Frieda Knecht, whom he was married to from 1927 up until her death in 1958. He later married Elizabeth Roboz. His son Bernard went on to become a physicist and engineer.

He and former Chancellor of Germany Konrad Adenauer were both born in Cologne.

Hans Albert Is A Member Of